Your browser is unsupported

We recommend using the latest version of IE11, Edge, Chrome, Firefox or Safari.

The Zhou group uses theory, computation, and experiment to address a range of topics in molecular and cellular biophysics.  Four main areas are: (1) liquid-liquid phase separation; (2) binding kinetics of intrinsically disordered proteins; (3) functional mechanisms of ion channels and other membrane proteins; and (4) self-assembly of peptides. 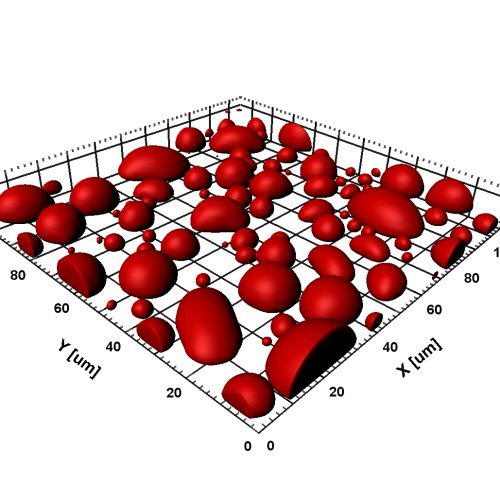 Liquid-Liquid Phase Separation
Inside cells, liquid-liquid phase separation leads to the formation of membraneless organelles such as nucleoli, which mediate a myriad of cellular functions including ribosome biogenesis and transcription. The assembly of membraneless organelles is driven by one or a few proteins but regulated by numerous macromolecular species. One focus of our studies is to elucidate the physical basis of macromolecular regulation of phase separation. 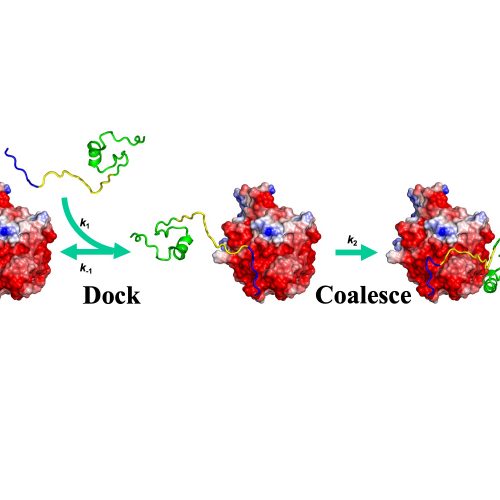 Binding Kinetics of Intrinsically Disordered Proteins
Proteins function by binding with small molecules and macromolecular partners; these processes often are under kinetic control. Continuing a long-standing interest, we are elucidating the determinants for the binding kinetics of disordered proteins, and are using the knowledge to alter binding kinetics. 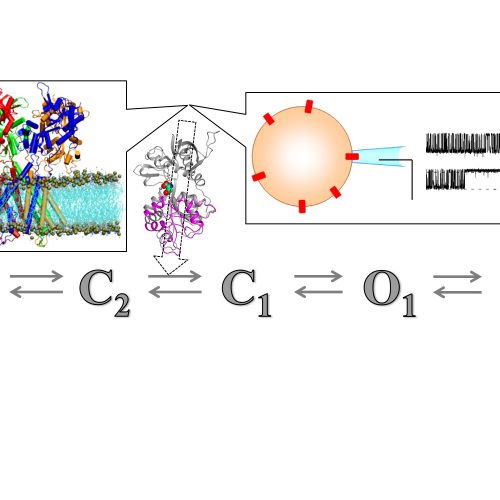 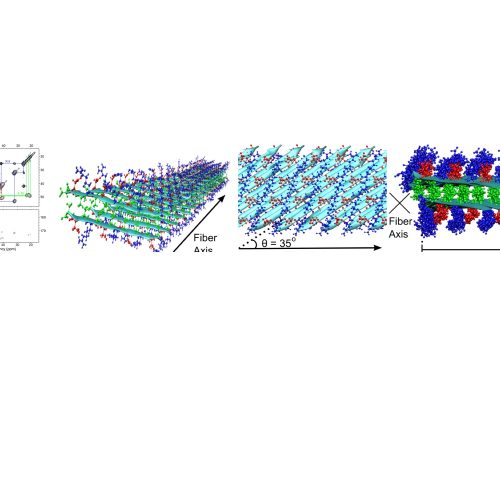 Peptide Self-Assembly
Many peptides can spontaneously form β-strand rich assemblies (including amyloid-β peptides, leading to Alzheimer’s disease). By combining solid-state NMR and other structural techniques with computational modeling, we are determining structural models and pathways for the assemblies formed by amyloid-β and other peptides.

Under gravity, protein droplets fall and then fuse on a glass slide.  Macromolecular regulators can promote or suppress droplet formation as well as affect the material properties of the droplets. Read paper